When the eviction notice came, Nooran Dreyer didn’t first think of her grandchildren, or even her own well-being. Her mind instead went to her partially deaf, next-door neighbor, Gadije Cornelius. Over the 11 years that Dreyer, 46, has lived in Salt River she has developed a strong bond with her neighbor. Cornelius, 41, has even described her friend as being a “second pair of ears.”

“I don’t know how I will actually cope without her,” said Cornelius. She was left partially deaf from an accident in 2005 and since then, Dreyer has been helping her adjust.

Dreyer and Cornelius are just two of the dozens of families that are dealing with forced evictions in Salt River, a small suburb in the South African city of Cape Town. Evictions have steadily been on the rise in Cape Town, particularly in the past five years. During this period, there was a 30 percent growth in the population. But with the city declining to intervene in the business of private developers, this growth has put growing economic pressure on society’s most vulnerable groups; namely lower income minorities.

Salt River is a traditionally colored, working class neighborhood. Most of the factories that supplied the lion’s share of jobs have closed, but the space still retains the trappings of suburbia. People can bus, bike, or even walk to work. 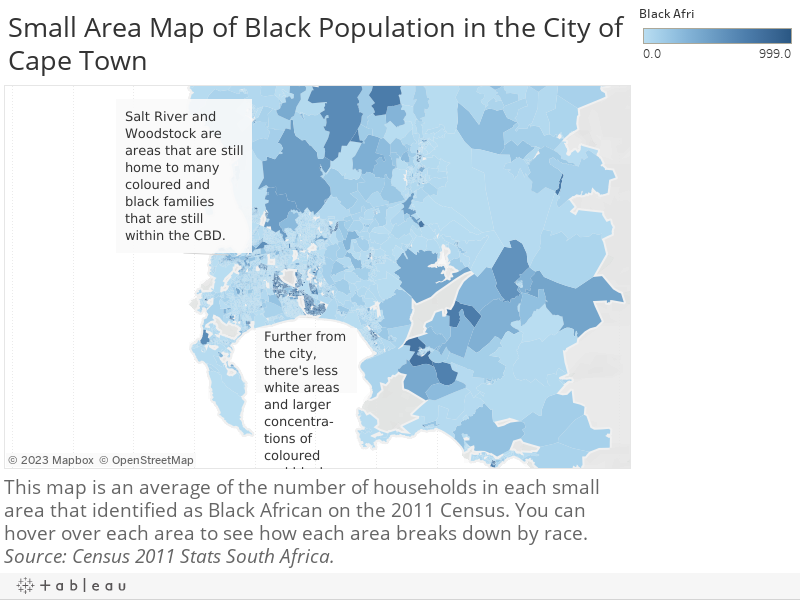 In November of 2015, both Dryer and Cornelius received eviction notices. This came as a shock, as they had always had “an understanding” with their previous landlord. “He said, we don’t have to worry because the place was sold with tenants,” said Dryer.

A couple months later, they received a second notice, this one in mid-April. “It said we needed to be out by April 30th,” said Dryer.

For Cornelius, this will be the second forced eviction that she has faced in the past ten years.

“Can’t the government stop [owners] that buy a lot of properties?” she asked.

After the apartheid, South Africa came under pressure from the international community to limit their involvement in city development. Raisa Cole, an urban development expert from Cape Town University, agrees that Cape Town’s planning has been shaped as a reaction against apartheid. But the approach is failing in other ways.

“Developers are doing what they want in the city, completely ungoverned and city officials are not being accountable to national planning frameworks,” said Cole.

For Salt River and Woodstock, Cole says there are three city bylaws utilized as tools by developers to gentrify the areas quickly and legally.

The first is the Central City Developments Strategy. The policy involves attracting large businesses and making the inner city appealing to developers.

“The interest in Woodstock and Salt River is because of its cultural identity,” Cole said. “But that cultural identity is being appropriated, repackaged and resold at a price that the residents can’t afford.”

Both Cornelius and Dreyer confirm rents are soaring. “It’s not that we don’t want to move, we don’t have the money to move,” said Dreyer. Her husband is a painter, while she is currently unemployed.

Cornelius and her husband already find it difficult to pay their monthly bills. And with the average rents in Salt River now being 7000 rand ($500 USD), it will only get harder for them.

“If I can’t find a place, I’m going to live under the bridge,” she said, referring to the bridge beside their row of apartments.

The second tactic that developers commonly rely on when beginning evictions is the Problem Buildings Bylaw. This bylaw allows for the city to come in and evict tenants when buildings have become uninhabitable.

“This gives the city an excuse to create a context for eviction,” said Cole, the Cape Town University professor. “What private developers often do then is create this problem building environment.”

Faizal Peterson, a 46-year-old who grew up in Salt River, was removed from his apartment complex in Woodstock when it was judged uninhabitable. Peterson, however, still believes that it was a safe living environment. “But because of crime they didn’t want the building to stand,” he said.

He worked as a painter and his kids attended school down the road. They were relocated to a temporary housing area, 18 miles from Salt River. It was called Blikkiesdorp; literal translation, “tin town”.

Peterson and 23 other families were evicted from the complex.

“We were taken by transport busses,” he recounts. It was the middle of the night and most tenants didn’t know where they were going. “And they just put up a tent and left us here.” They were promised new homes six months after being left in Blikkiesdorp in 2009.

Peterson says that if he could, he would go back to Salt River in an instant. “Woodstock and Salt River is safe for your kids to play,” he said. He moved to Blikkiesdorp with his three kids and has since added a grandson to his family.

“The first murder my son saw was here,” said Peterson, “The other guy’s head was shot open. You never saw [that] in Woodstock.”

Blikkiesdorp is often cited by residents of Salt River as a cautionary tale. They fear that they will also be set up with their own “temporary housing” by the city.

“This brings us to the third policy,” said Cole.

In South Africa, it is illegal to evict someone with a long-term lease, unless the building is considered unlivable. Should this happen, the city must provide the tenants with alternative accommodation.

“This policy, the Emergency Housing Programme, is basically used to house people in emergency situations,” said Cole, the professor. Recent examples of this policy at work include examples like Blikkiesdorp.

On July 28, 2016, Dryer and Cornelius had their eviction cases heard by the Housing Tribunal and they ruled to uphold their evictions. Dryer said when she got the news, “it’s almost like our world just crashed.”

Dryer has until November 30th to be out of her home and Cornelius had until September 15th. Dreyer is still looking, but Cornelius was fortunate enough to find a modest one-bedroom in Maitland, a suburb five miles east of Salt River.

In a follow up interview, Cornelius voiced many frustrations about her new living arrangement, including both the location and a higher rent. But what bothered her the most was the separation from her close friend, Nooran.

“I feel like I don’t care what’s going to happen,” she said in a phone interview, “I will never be able to find a friend like her.”